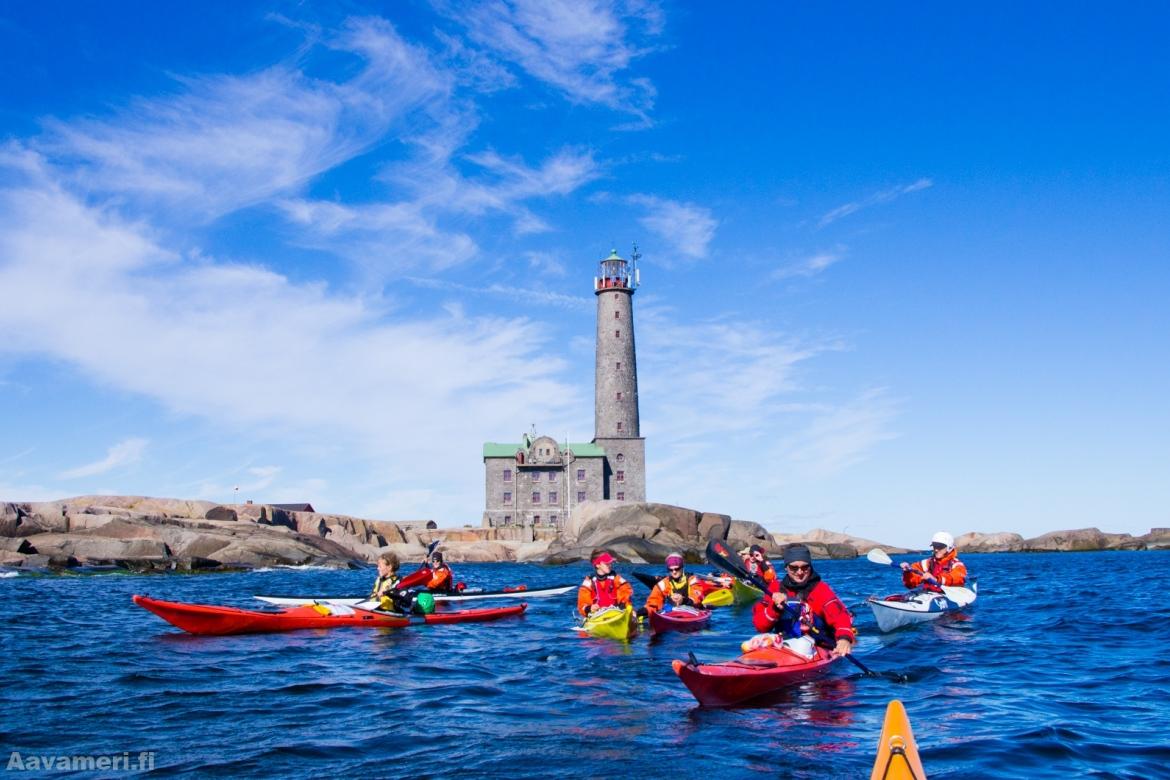 Twenty-five kilometers southwest of Hanko or 17 km south of the Rosala islans, at the entrance of the Gulf of Finland, stands Scandinavias tallest lighthouse Bengtskär. Towering 52 meters above the sea, the lighthouse of Bengtskär is the archipelago`s most imposing and magnificient monument.

This massive stone structure has witnessed many dramatic events in Finland`s history. For nine decades the lighthouse provided a safe passage to the thousands of vessels which plied the waters of the Gulf.

The Lecture Hall on the lower floor offers a variety of maritime exhibits depicting the history, fauna and flora, and the natural features of the archipelago. The lower floor also houses Finland´s first Lighthouse Museum and a permanent exhibit "Bengtskär 1941", which gives a vivid account of the dramatic hours of the battle for the island.  On the first floor in the former living quarters is a cafeteria, post office and a Chapel.